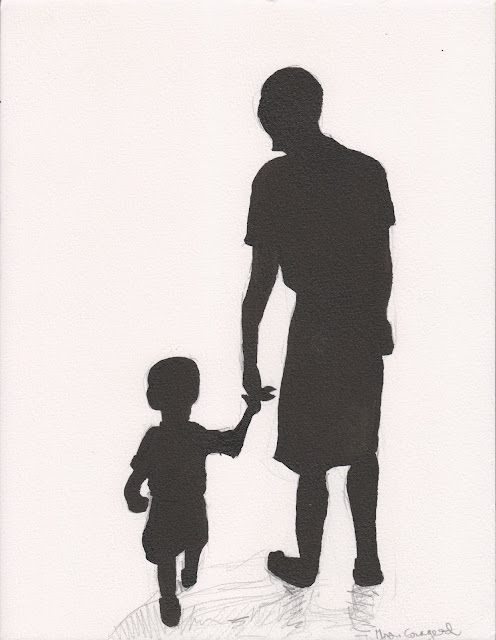 Joseph was for me an afterthought in the Christmas story for a very long time. Mary was the one having the baby and, of course, the whole story is really all about Jesus. After having a son of my own and both being able to see him with his father and doing without for long periods of time, I realized that Joseph was quite an amazing person, both in who he was as a person and the role he played for our Lord.

As a person, he was wise, kind and entirely obedient to God. When his fiancee told him she was pregnant by someone else, he decided to break up with her. This was the wise thing to do, after all, it looked as if she had demonstrated a lack of morals and she was not even a little bit sorry about it. We all know she rejoiced that she was carrying our Lord. Yet, he was kind and tried to go about it quietly and when God told him to marry her, he did just that. When he was ordered to move his family in the middle of the night, he did so and when he was told to return, he did so. Whenever God spoke to him, he listened and obeyed without question.
The way fathers interact with their children is so different from the way mothers do. It is a beautiful thing. Seeing my husband play with my son and hearing my son's laughter is one of my greatest joys. Our Lord had a mother to nurture him and a father to romp with, he had brothers and sisters to play with. His childhood was fuller than I realized. God could have supported Mary and Jesus without any man in the picture, but he chose both a mother and a father for our Lord. It is amazing to me the way God sent our Lord to us, both how extraordinary it was and how ordinary. He sent our Lord to us as a baby to a mother and father, yet the mother was a virgin and both she and Jesus' adoptive father were such beautiful examples of faith and obedience.


Audrey Gragert is a Studio Art graduate of CSU Chico (California) and one of the most joyful people I have ever met.  She is currently a homemaker and mother stationed in Guam!  Check out her portfolio at Deviantart: http://10time.deviantart.com/gallery

Posted by Taran Wanderer at 7:00 AM