Katarina Drabkova is a Christian singer from Chirchik, Uzbekistan.  She is passionate about Jesus, singing, and serving in church.
Posted by Taran Wanderer at 4:00 PM 1 comment:

I saw a documentary on wolves,
In Yellowstone, reintroduced a few Decades ago.
They're doing well, it seems.
The winter's tough in Yellowstone, the grass
Is far below the snow, the hungry herd
Is easy meat as winter takes its toll.

The wolf, of course, could not be less concerned
By how unfair the feeding frenzy seems
To prey hit hard by winter's frost who then
Cannot defend their sick and young but see
Them struggle, fall, to unrelenting jaws.
It's in their nature, born to eat the weak.

I saw a stat in a rag on the road
Up to Christmas. Paper said, a hundred,
Thirty five thousand young humans homeless
In time for Christmas. Highest number since
Two thousand seven. Just zero point two
Percent the British population, though.
Around the size of Newport or Colchester.

The wolf, of course, could not be less concerned.
An apex beast has fought for every piece
Of winter's banquet. Gorge upon success,
You've earnt the right to celebrate yourselves
And if another's young must freeze for yours To feed.
The parent should have been a wolf.

*****
Robert Best works in IT and lives in Wales. He loves running about in the hills, archaic stick sports, and traditional folk music. At some point he may actually finish one of the many novels he's started but until then you'll struggle to access any of his artistic outlets unless you make a habit of checking out the folk clubs in South Wales.
Posted by Taran Wanderer at 4:00 PM 1 comment: 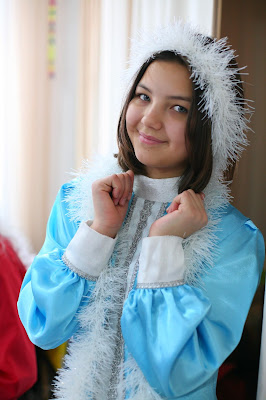 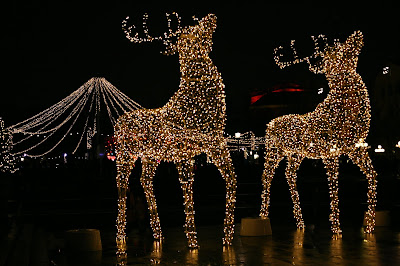 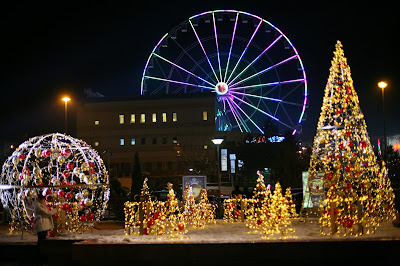 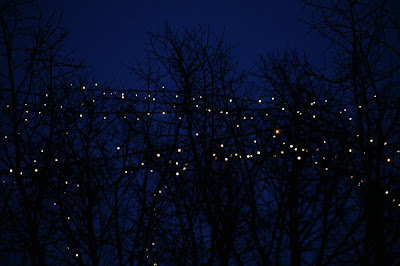 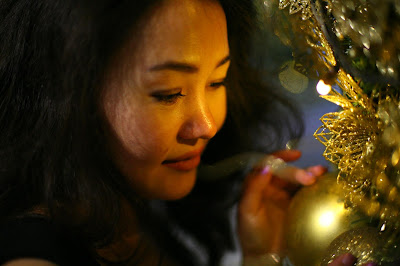 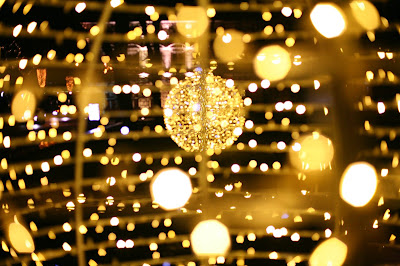 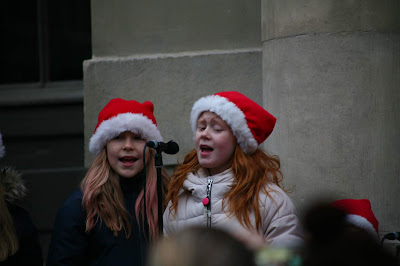 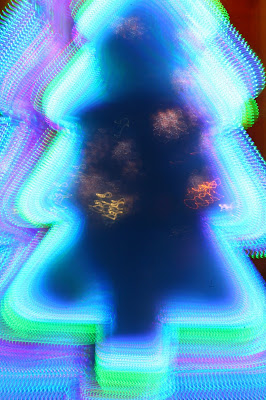 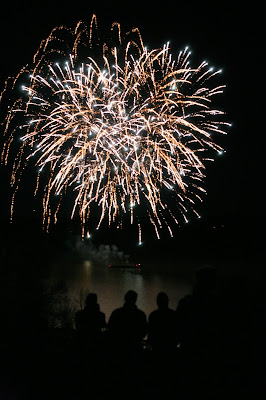 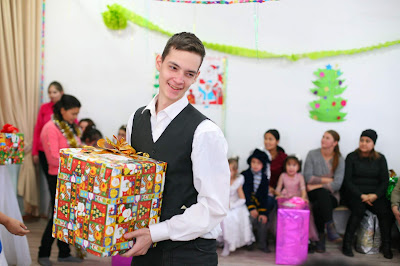 Gifts at the "School of Limitless Possibilities."
Sosnovka, Kyrgyzstan. 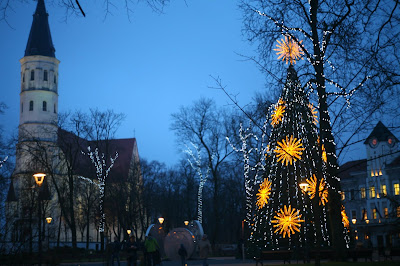 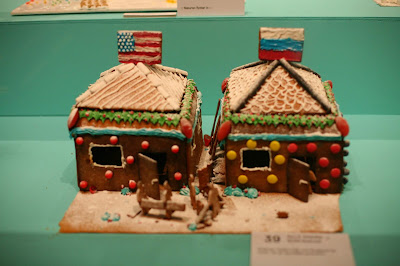 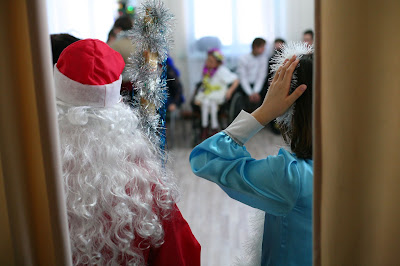 Backstage with Uncle Frost and the Snow Queen.
Sosnovka, Kyrgyzstan. 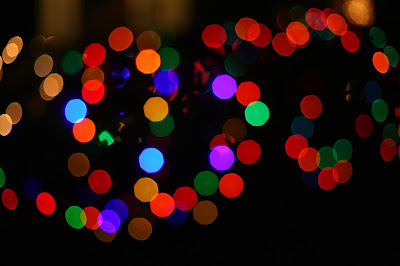 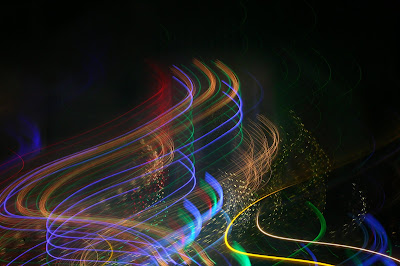 All Photos are No Edit/No Filter and All Rights Reserved.

James Metelak is a poet, photographer, and singer-songwriter based in Kyrgyzstan, and the editor/curator of the Headpiece Blog.  Check out more of his work at http://sandpiperparade.weebly.com.

After José Olivarez and Isaiah 35

The call goes out that the desert will bloom
And it sounds hopeful
That this inhospitable wasteland will turn into something beautiful
Something lovely
These sands with the heat that chokes out all life
Will become soil that nourishes a new paradise
That’s what we’re told, that’s what we’ll see, eventually
But what if the desert blooms and it’s still a desert?
What if this miraculous event occurs and then these lush carpets of flowers
shrivel and die
Just like everything that came before?
What if it needs more than hope and desire for love to bloom in a wasteland?

Maybe it’s like the rose that blooms from the crack in the sidewalk
It’s once again the metaphor for hope, for persevering in the face of adversity,
for overcoming the odds
And yet beneath the foot of the ruler walking by, it’s the same as the concrete around it
The flower and the stone feel the same beneath a boot
It’s easily ignored
Or worse, after all the work it takes to grow in such a harsh environment
Someone decides that the rose doesn’t belong
And plucks it up before it can be anything at all

Maybe we need to realize that it’s not enough to plant orchids in the sand and call it a miracle
Maybe we need to stop celebrating small signs and wonders as if they’re the end of the story
When really they’re a call to renewal, to a new order of all things
Maybe what we need to do is transform the sidewalk into a garden
To terraform the desert, rearranging it entirely so that it might hold paradise instead
That it might provide a home for those who have none
instead of drying out the hope of anyone stranded there
Maybe that’s what this season of preparation is for
Not that we might be ready to see something unlikely
But that we transform ourselves so that we might make the unlikely the ordinary
So that the desert blooms for more than a fleeting moment
So that the rose doesn’t just fight its way out of a crack in the sidewalk
So that we don’t just wait for God to show up
But we make the path that God takes through that wasteland that was once so
imposing to get here
Lined on either side with roses in full bloom

Jeff Hinton is a pastor, writer and musician in Oklahoma. You can find his work at Irrational Confidence and his most recent EP here.
Posted by Taran Wanderer at 4:00 PM 1 comment: 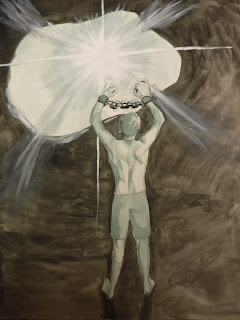 Here it comes again, Christmas. The season that shouts,"We have a savior!" On Christmas the world saw him for the first time. First the shepherds and later the wisemen saw him. They did not know how he would save them, but they hoped in him. Not one of his family nor any of his disciples knew how he would save them, but they hoped in him. He is our hope, shining with a dazzling brilliance. No matter how dark, no matter how hopeless or helpless and no matter how unloving and unlovable we are, he will save. Because of him, I have been forgiven. Because he lives, I know that he is saving me. I don't know what it will look like in the end, but I'm looking forward to it!


Audrey Gragert is a Studio Art graduate of CSU Chico (California).  She is currently a homemaker and mother living in North Dakota!  Check out her portfolio at Deviantart: http://10time.deviantart.com/gallery


Julia Sołek is a medical student from Łódź, Poland; besides being really smart, she's also a talented artist, a supportive friend, and lovely singer.
Posted by Taran Wanderer at 4:00 PM 1 comment:


Gabrielė Gvazdikaitė is a singer-songwriter and worship leader from Kaunas, Lithuania.  Involved in ministry since her teen years, Gabrielė's dream is for Lithuanians to hear the Gospel in their mother tongue.  Check out her website @thttp://gabrielegvazdikaite.lt or listen to her music on Youtube.  Her third album "Džiaukis, Pasauli" is avaiable on Google Play or Spotify.
Posted by Taran Wanderer at 4:00 PM 1 comment:

The Eighth Christmas
Or, The Text of a Children’s Book
Concerning the Eighth Birthday of Yeshua Bar-Joseph

Mary dancing in the foyer.
Joseph turning wood.
Sisters chirping “miracles” while
James takes in the mood.
Jude is singing in the bathroom,
Neighbors bringing food.
Aunties hugging everyone, and
Uncles say “he could

grow up to be a carpenter,
working for his father.”
“Maybe take up fishing,
and then go out with his brother.”
“I hope he won’t take taxes and
shame his humble mother.”
“I pray he joins a rabbi.
Maybe Hillel, or another.

Posted by Taran Wanderer at 4:00 PM No comments:

This is my body, broken for you.
His slippery flesh bursts from the womb
Her anguished cries that had pierced the night
Now echo in lungs of the one true Light.
This, This is Christ the King
Joining the sorrow of the suffering
The infant crowned
Blood and sweat on the dust of the ground.

This is my blood, shed for you.
Hers was spilled, bringing Him here,
His poured out rebirthing her soul
Torn apart, making wounded whole.
This, This is Christ the King
Yet arms ‘round their innocents cling.
To earth descends, not sterile creche,
God has come, and in the flesh.


Kyleigh Dunn resides in the Pacific Northwest with her husband and two toddler daughters, where she spends her time reading stories, dancing in the kitchen, and sneaking in blogging and music when she can.


Check her Blog: www.thesojourningdunns.wordpress.com
Or check out her book The Christian Musician on Amazon.
Posted by Taran Wanderer at 4:00 PM No comments:

Kathryn Nellis is a painter, writer, musician, and creative genius. She studied at Gordon College and in Orvieto, Italy, and currently works as a self-employed artist and art teacher in Chester County, Pennsylvania.
Listen to her music: https://sistersstoriesandsongs.bandcamp.com/
Website: http://katiejoynellisart.com/
FB: Katie Joy Nellis Art
Posted by Taran Wanderer at 4:00 PM No comments: